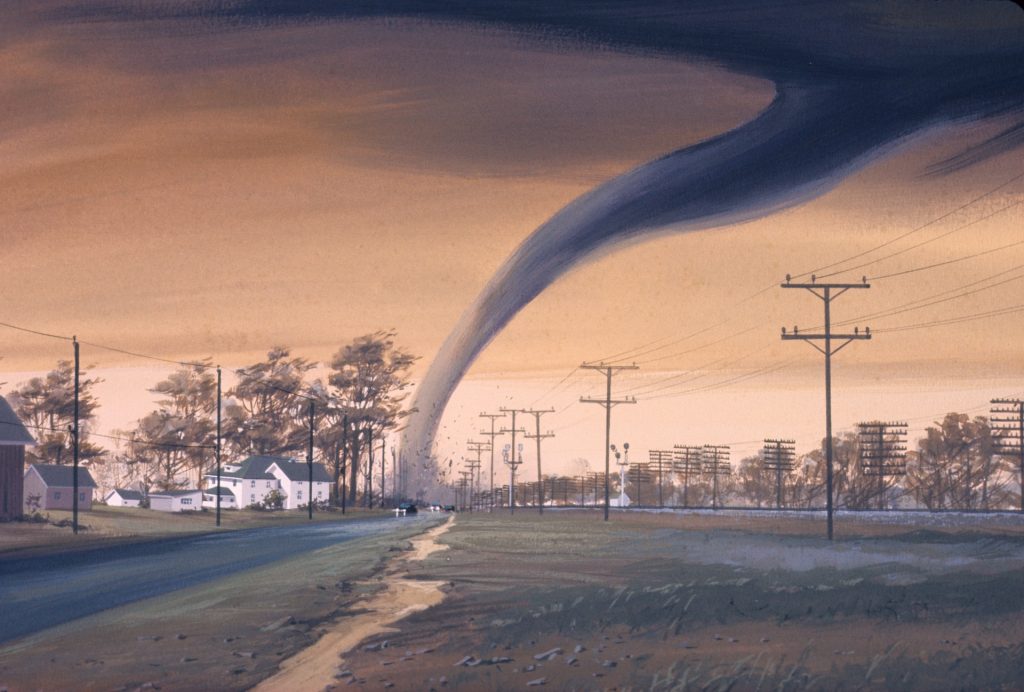 This is truly incredible!

Most of America has already heard about the shocking series of tornados which ripped through several parts of Kentucky along with a number of other states. These tornados caused millions if not billions of dollars worth of damages and will take months to recover from.

Along with that the tornados caused several deaths and reminded much of America just how powerful mother nature truly can be.

Now, according to Fox News, it is being reported that the recent tornado was so powerful that a woman in Indiana, who was over 150 miles away from the tornado, found a photograph that actually travel there from from Kentucky.

Katie Posten shared the photograph on Facebook and claimed that the photograph was stuck to her windshield Saturday morning after the disastrous storm.

The photo was also something that caught the eye of many people as well. It was an old black and white photo from 1942 of a woman wearing a striped sundress and headscarf holding a young child in her lap. On the back “Gertie Swatzell & J.D. Swatzell 1942,” was written in cursive.

UPDATE: the photo belongs to the Swatzell family from Dawson Springs, KY, and I’ve been connected with a family member. Making a plan for later this week to return it. ❤️ https://t.co/cXwINlKscd

“A lot of people shared it on Facebook. Someone came across it who is friends with a man with the same last name, and they tagged him,” Posten said.

Cole Swatzell, who was related to the people in the photo, wrote on Facebook that the picture belonged to his family Dawson Springs, Kentucky, where it was returned.