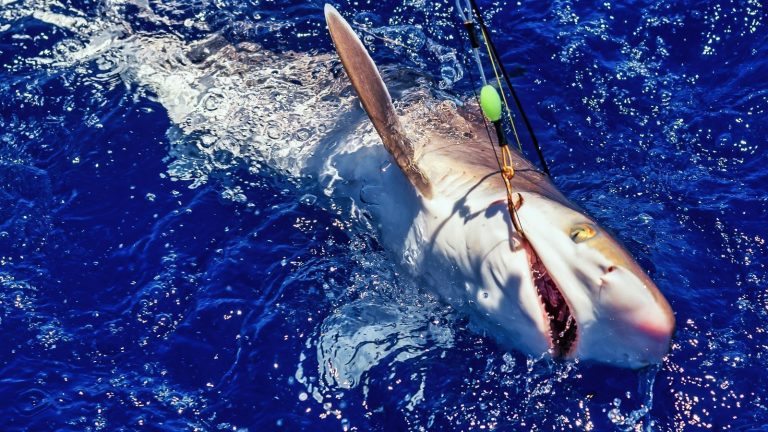 WarBird Tournaments LLC, owned and operated by Jason Barquin, is hosting a shark-killing tournament in Jupiter, Florida. He is charging a $100 entry fee per boat.

Upon learning about this event, our organization reached out to the Florida Fish and Wildlife Conservation Commission (FWC). We sent documentation of shark fishers in a private Facebook group stating they would shoot as many sharks in the head as possible and only take the most significant shark carcasses back to weigh-in stations to win a prize for the largest fish caught. State law allows the legal “harvest” of one shark per person and two sharks per boat. The FWC responded, stating they were aware of an advertised shark-fishing tournament and that fishing tournaments do not require approval by the FWC; however, they must comply with state and federal fishing regulations.

It is appalling that the FWC and NOAA, two agencies charged with protecting sharks, allow fishing tournaments that promote an absolute disregard for life. This tournament is not about sustenance. It is about the thrill of the kill and fosters a lack of respect for sharks and their essential role in keeping our underwater ecosystems healthy and balanced. This lack of respect breeds poaching and other egregious acts. It also sends a message that it is okay to kill for “fun.” Killing is not conservation.

Over 100 million sharks are killed yearly; shark populations have declined by 70% over the past 50 years and continue to decline worldwide. They face numerous threats such as overfishing, being caught as bycatch, finning, habitat loss, and more. Sharks reproduce slowly, and tournaments such as this one often target the biggest sharks, which happen to be the females, and it is not uncommon for pregnant sharks to be killed.

As apex predators, sharks shift their prey’s spatial habitat, which alters the feeding behavior and diets of other species, impacting predatory fish and herbivorous fish, which in turn affects coral reefs and sea grass beds. In the absence of sharks, underwater ecosystems collapse.

You can help stop this tournament and save sharks by contacting those listed below and telling them that you DO NOT support shark fishing tournaments or killing for amusement.