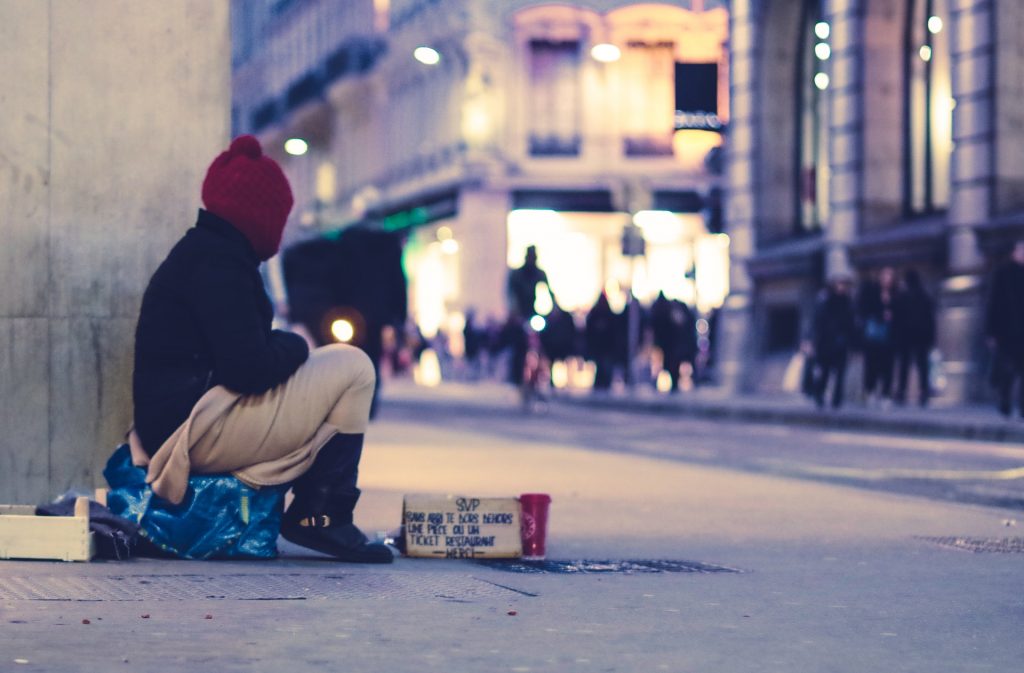 The world can be a cold place, and thats exactly what one kind stranger found out first hand after he attempted to give his coat to a homeless man who was sleeping on the sidewalk.

According to the NY Post, a 59-year-old man attempted to help keep a homeless man keep warm by giving him his coat on the cold streets of New York City when the 25-year-old man, Xavier Israel, shocking turned on the victim and began brutally attacking him and stole his wallet.

In the video, Xavier Israel can be seen quickly jumping to his feet after he realized the victim got close to him and roughly pushes the man down and begins reaching for his wallet. The victim then attempts to fight back and obtain his wallet from the homeless man when the Israel deal a devastating right hook and knocks the victim down again.

Israel eventually made away with the victims wallet but police were later able to apprehend him. Officers were able to retrieve $1,500 which were stuffed down the homeless mans pants and return it to the victim.

Israel currently faces multiple charges including assault, robbery, and grand larceny. It was later discovered that Israel has a history of attacking strangers.

A kind pedestrian was knocked to the ground and mugged in #NewYorkCity by a #homeless man after giving him a coat. The victim tried to help the 25-year-old, Xavier Israel, who had been lying on the sidewalk on a particularly cold evening. pic.twitter.com/6vjHBSeKJ1