Was DeSantis Right To Activate National Guard To Stop Illegals? 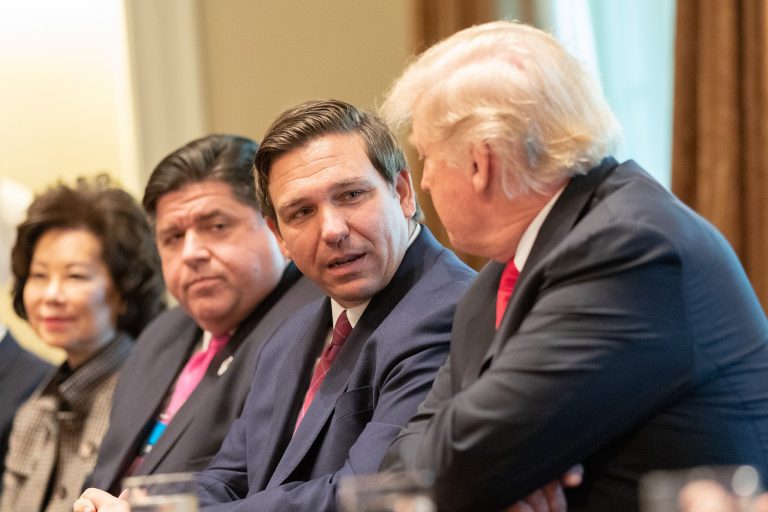 Former President Donald Trump, who is clearly fed up with Republican traitors, is now calling for primary challenges of Senate Minority Leader Mitch McConnell and the Republican Senators who voted with him to give the Democrats exactly what they wanted.

According to Newsmax, Trump took to his Truth Social platform and praised Republican Kevin McCarthy while also calling out Mitch McConnell and his wife for being nothing more than no-good traitors.

Trump blasted McConnell and his wife by saying, “We must now stop Mitch McConnell and his China flagrant boss, Coco Chow. It’s as though he just doesn’t care anymore, he pushes through anything the Democrats want.”

Trump condemned the Democrats’ $1.7 trillion spending bill that was only passed thanks to the help of Mitch McConnell when all he had to do was stall until the Republicans took control of the House.

Trump hammered McConnell saying, “If he waited just ten days, the now ‘United Republican Congress’ could have made it MUCH BETTER, or KILLED IT. Something is wrong with McConnell, and those Republican Senators that Vote with him. PRIMARY THEM ALL!!!”